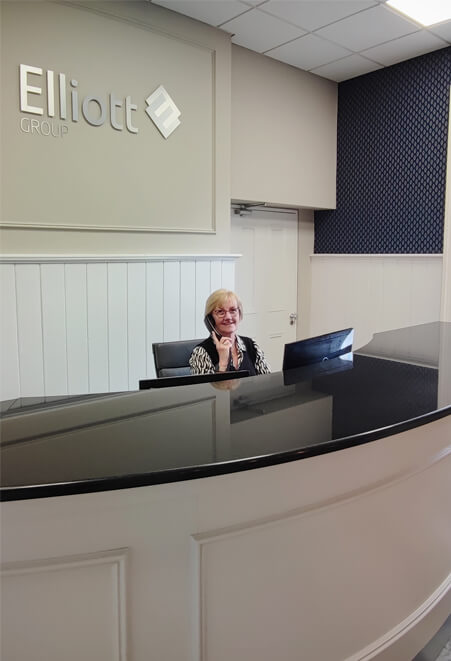 Topping Out in Cork with Premier Inn.

Formerly Moore’s Hotel, the site has an extensive history in hospitality dating back to the 1960s. Brendan Heas, former proprietor of Moore’s Hotel, joined the group on the day having provided historical photos of the site which were shared with the team.

Development and construction teams once again teamed up to realise this optimal city centre hotel and office development following the successful conservation and handover of Premier Inn on George’s Street in Dublin.

Having commenced construction in September 2021, great strides have been made in preserving these three buildings. We can now look forward to seeing the building reveal itself as the scaffolding is removed in the coming weeks after reaching the highest point of the development.

Darragh Elliott, Managing Director of Elliott Group complimented the team onsite saying, “A strong team has been built in Cork under the leadership of Will Leahy, our Regional Director in Munster. Our sincere thanks go out to our team and to the Cork community, and we’re excited to be starting new projects in the region in the coming weeks, which demonstrates our long term commitment to Cork and the wider Munster region.”

A regular visitor to the site, Matt Gent, Development Manager for Premier Inn in Ireland, said: “It’s exciting to be in Cork city centre topping out what will shortly become the most westerly Premier Inn in our network. Given the excellent city centre location, the wide appeal of the Premier Inn brand, and the high occupancy we are experiencing across our network, I am sure the new Cork Premier Inn will be an extremely popular choice for our guests when the hotel opens.

“The Cork Premier Inn is the second hotel we have delivered with our partners Greenleaf, Warren Private and Elliott Group and I would like to extend my personal thanks to Mark Elliott, Dave Kelleher, Darragh Elliot and Will Leahy and the whole team for all the hard work to date.  Building a 187-room Premier Inn in Cork city centre is not an easy task and I am grateful to everyone who helped get us to this important milestone.”

Another familiar face in attendance on the day was David Kelleher, Principal for Warren Private who commented; “We were delighted to attend the topping out ceremony at what will soon be the Premier Inn at Morrisson’s Quay in Cork. This will be the second Premier Inn that Warren Private and Greenleaf have developed in Ireland, following the opening of Premier Inn in Georges Street in Dublin in 2021. On behalf of Warren Private I would like to thank Darragh Elliott, Will Leahy and the entire Team at Elliott Group, our construction partners on both projects. Elliott Group did a phenomenal job for us on what was a tricky site in Georges Street, and they are delivering for us again on Morrisson’s Quay with what we have come to know as their characteristic professionalism and expertise. Elliott Group work in a very collaborative way, and we look forward to working with them for years to come in new locations.”

On completion in the summer of 2023, the development will incorporate a 187 bed Premier Inn hotel with restaurant and public bar, along with three new own door office buildings. Premier Inn is expanding rapidly across Ireland as it targets 2,500 bedrooms in Dublin and other major towns and cities across the country. The first Premier Inn in Dublin City Centre opened at South St Georges Street in November 2021.

Read more on this project here. 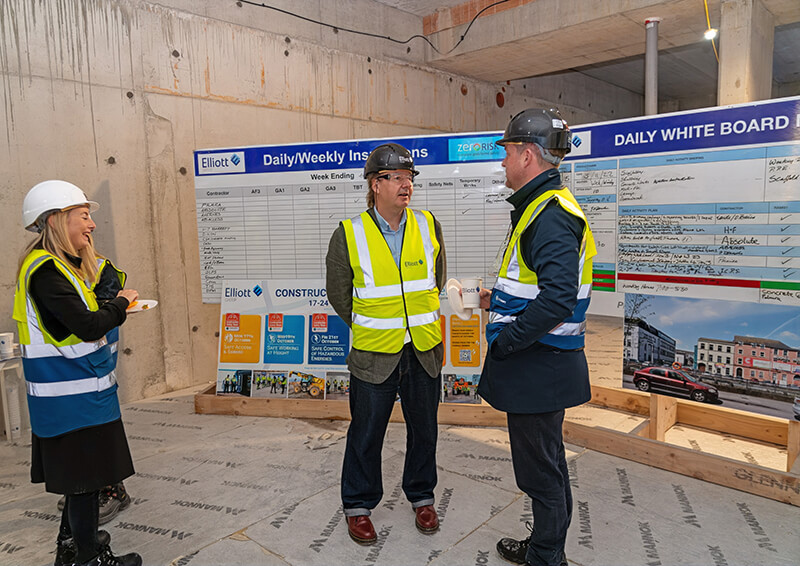 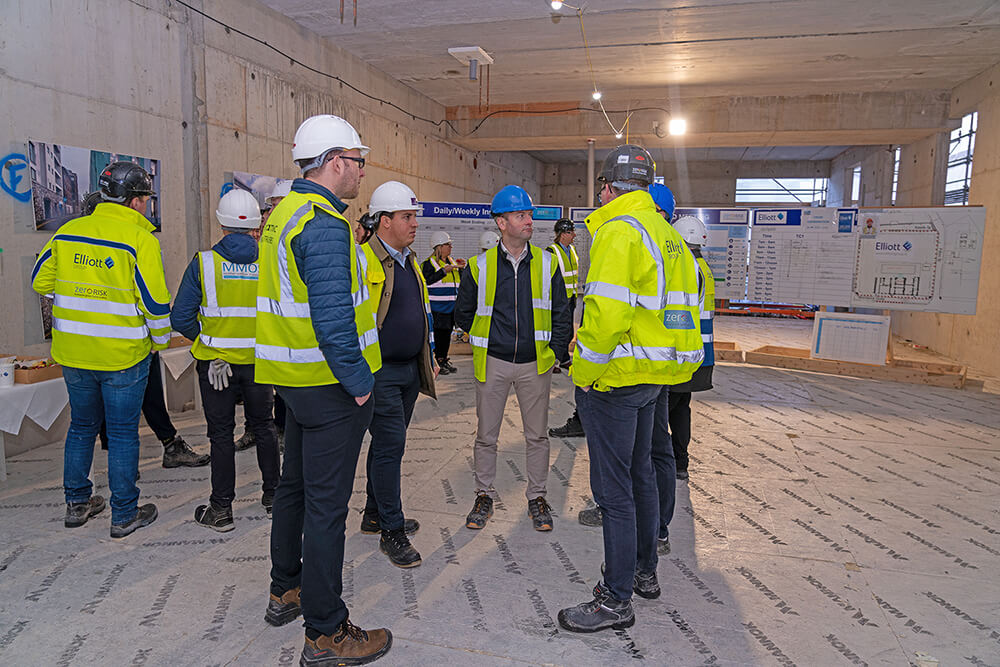 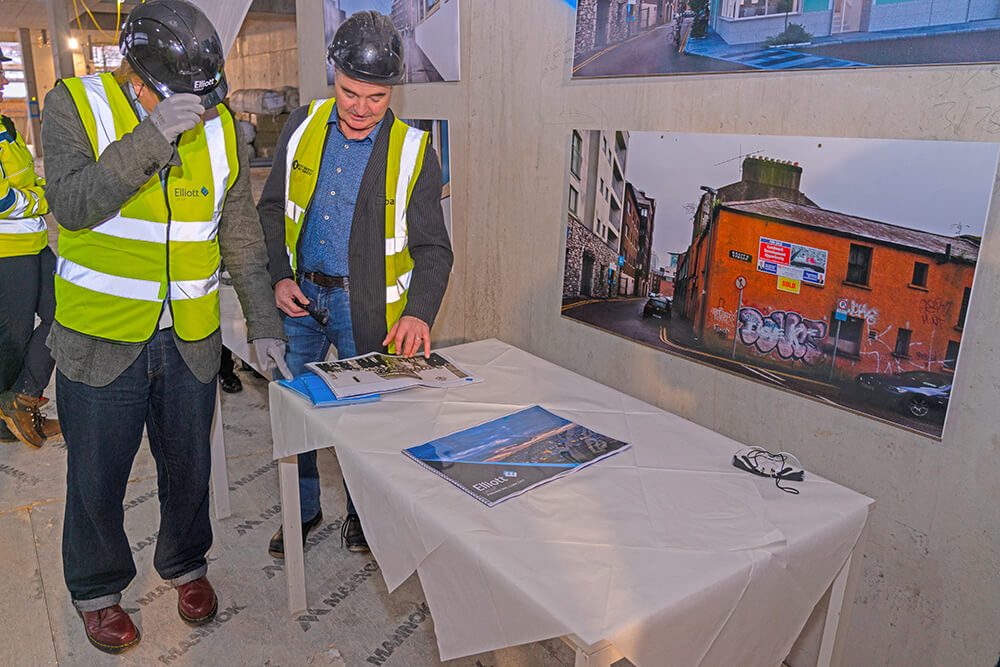 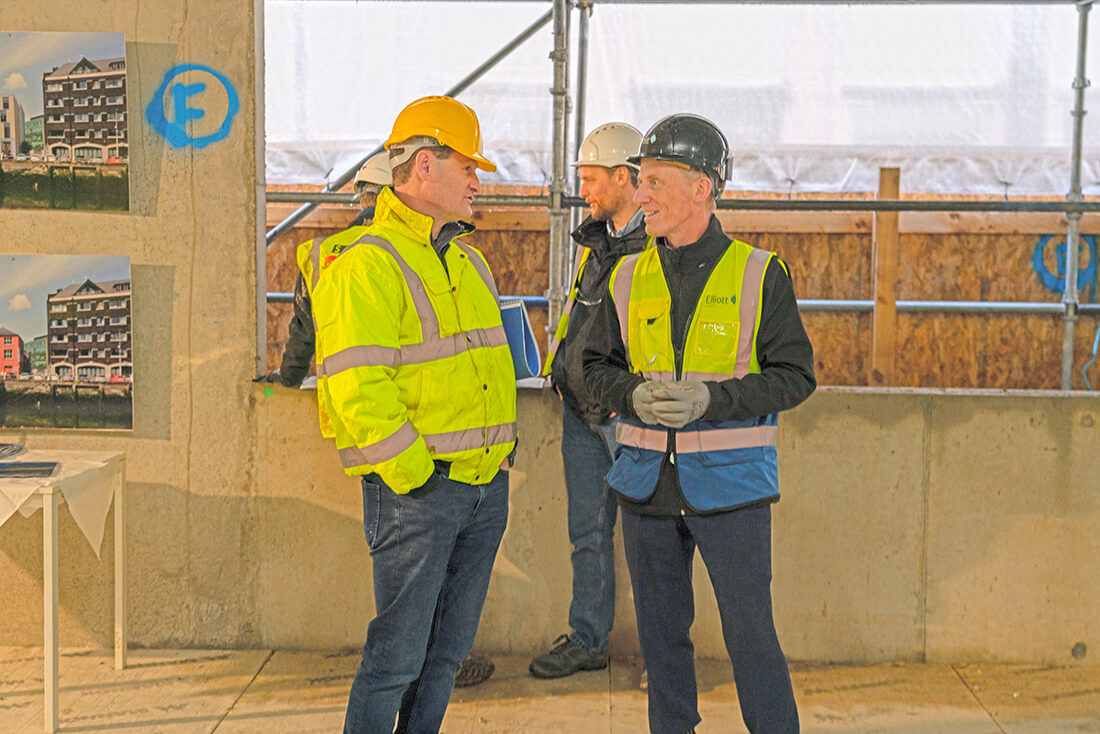 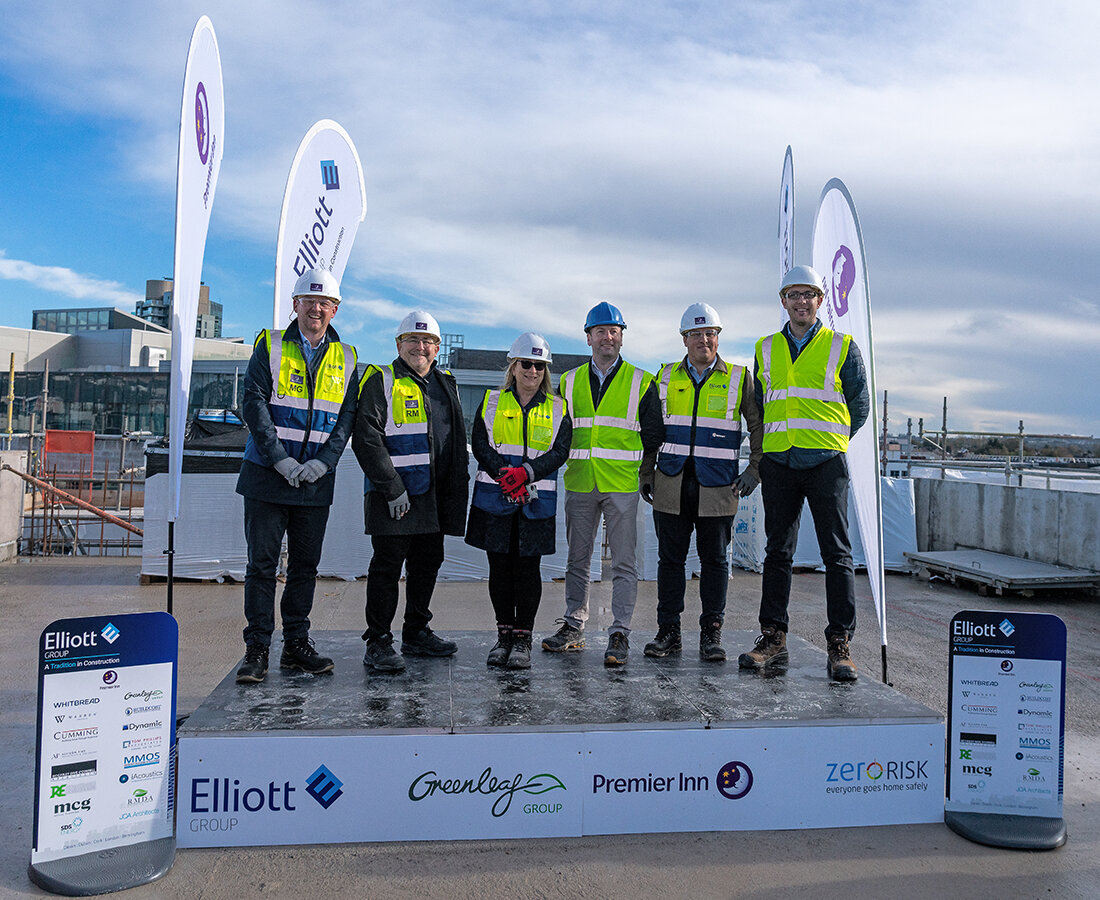 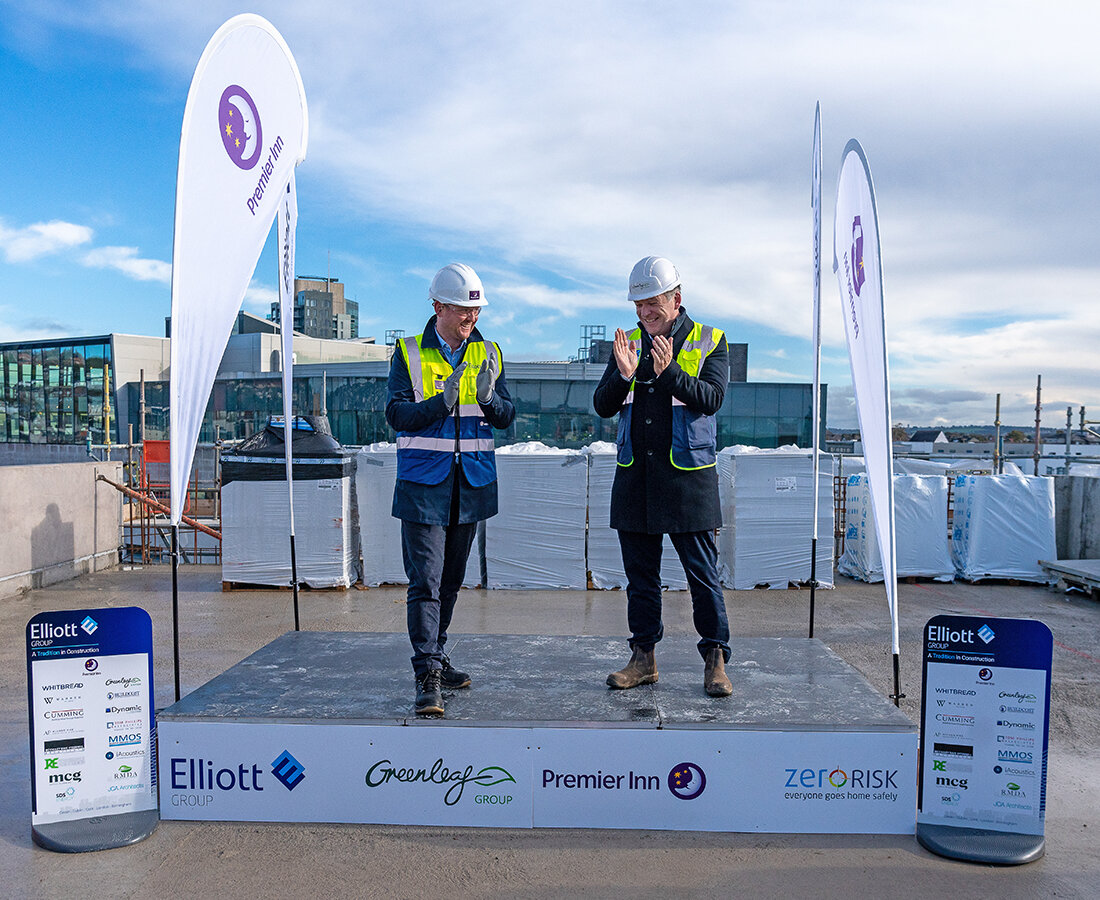 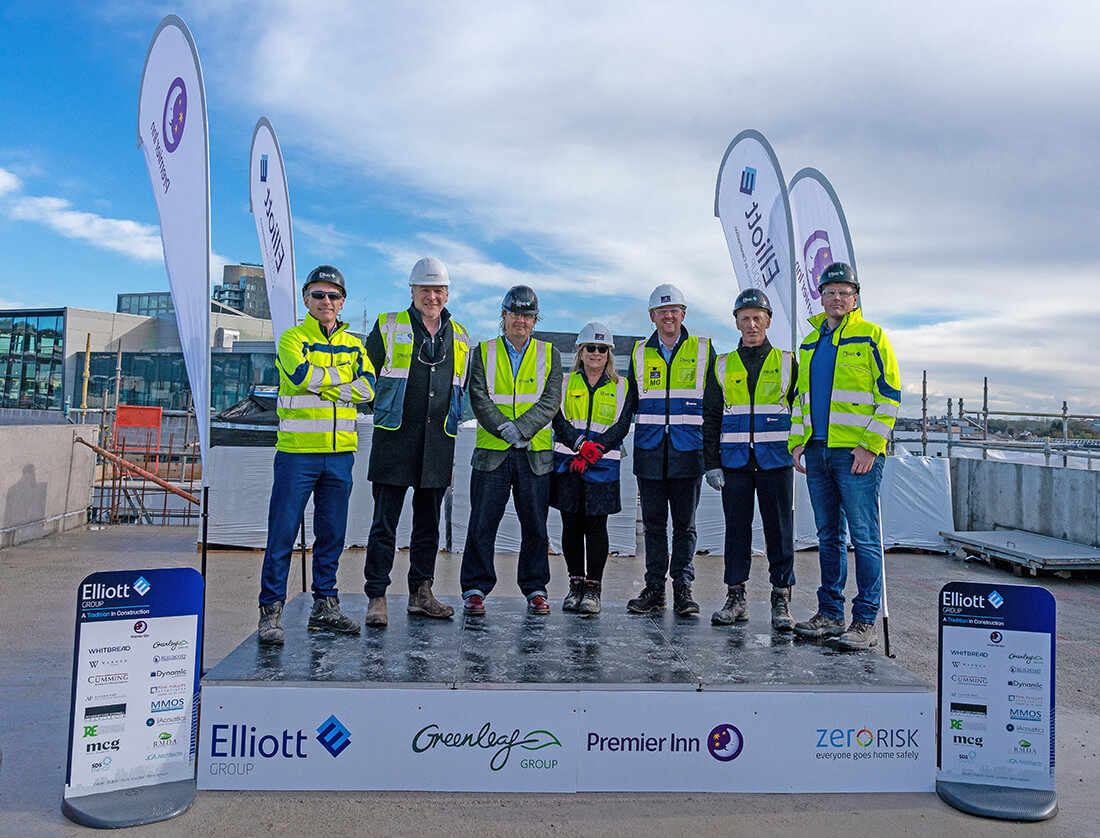 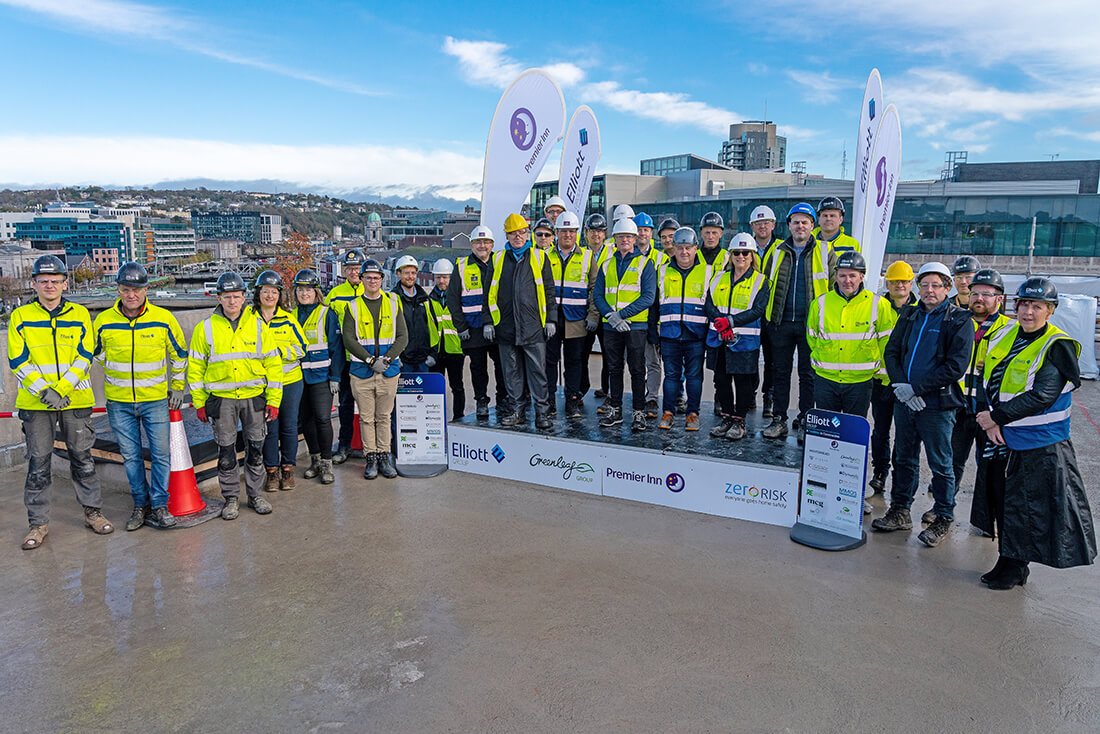 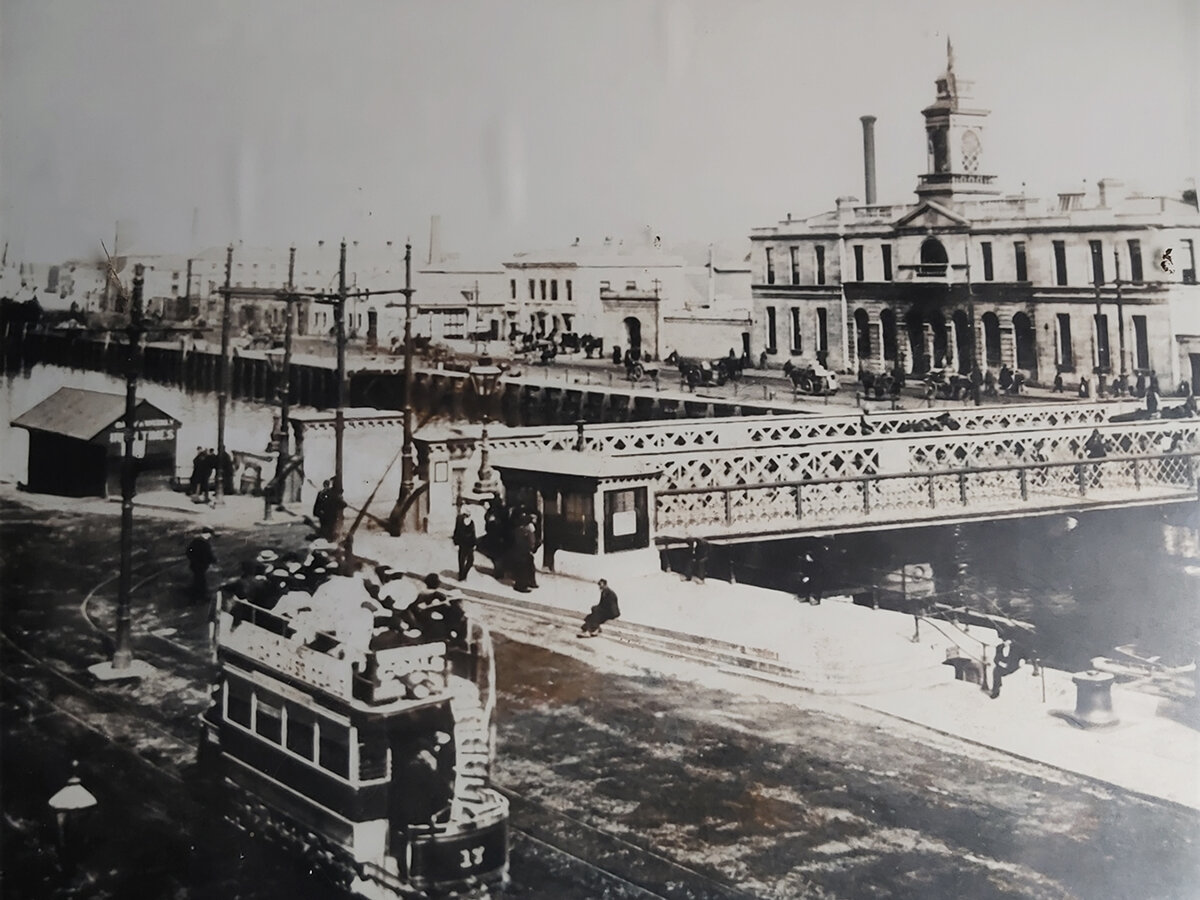 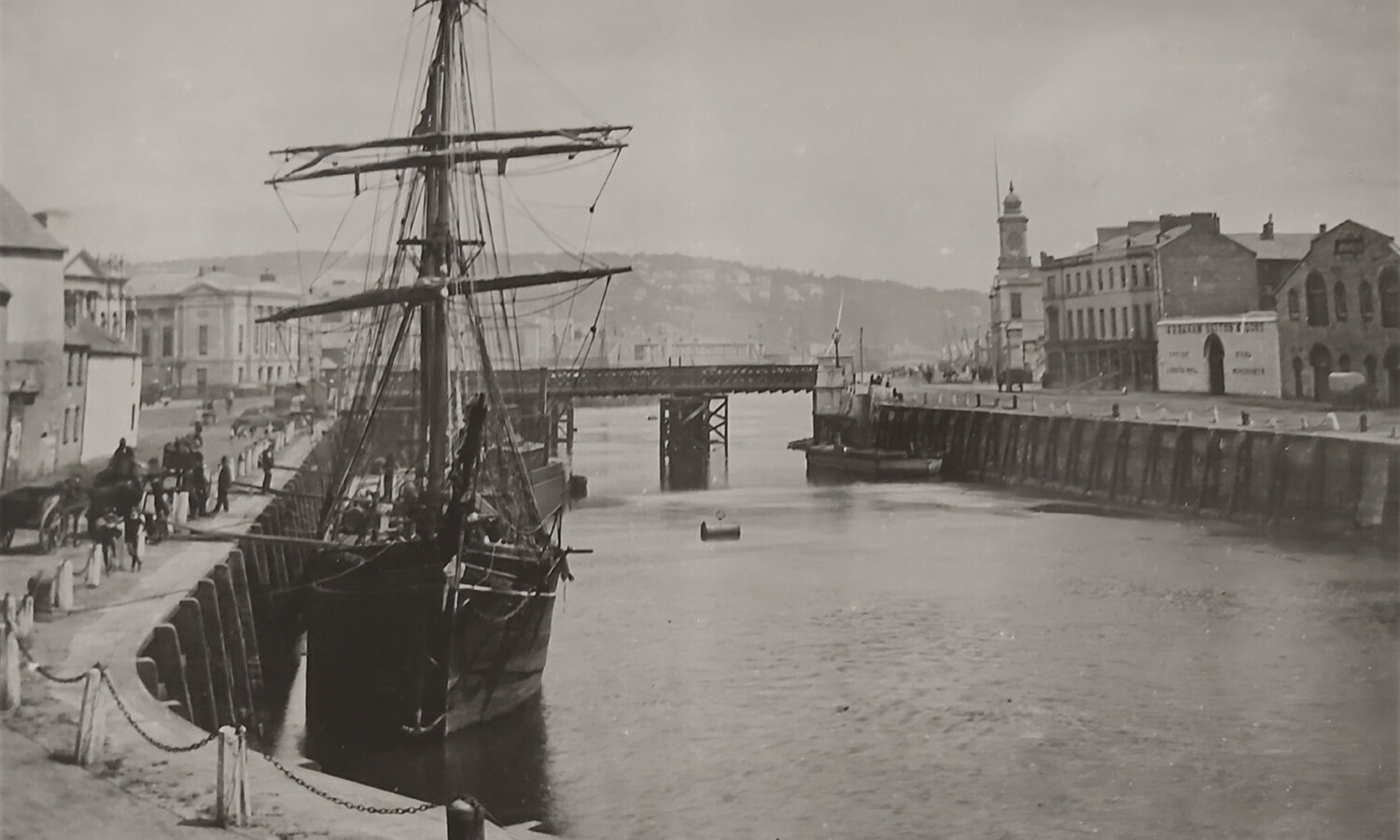 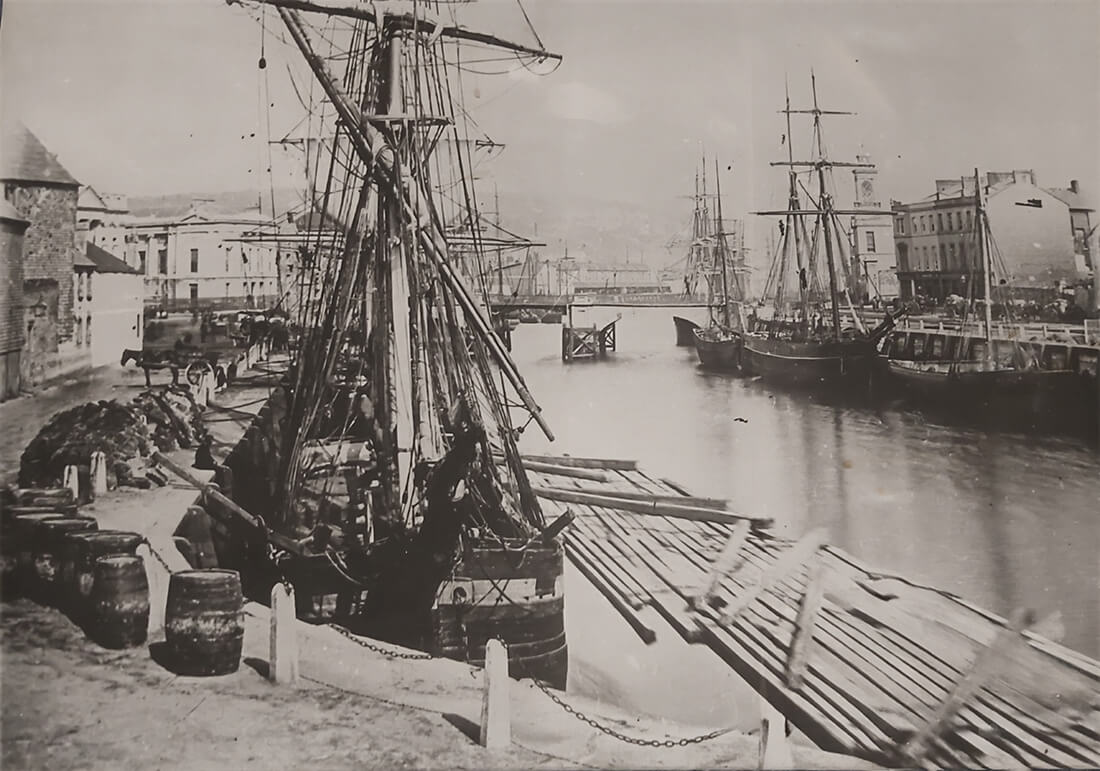 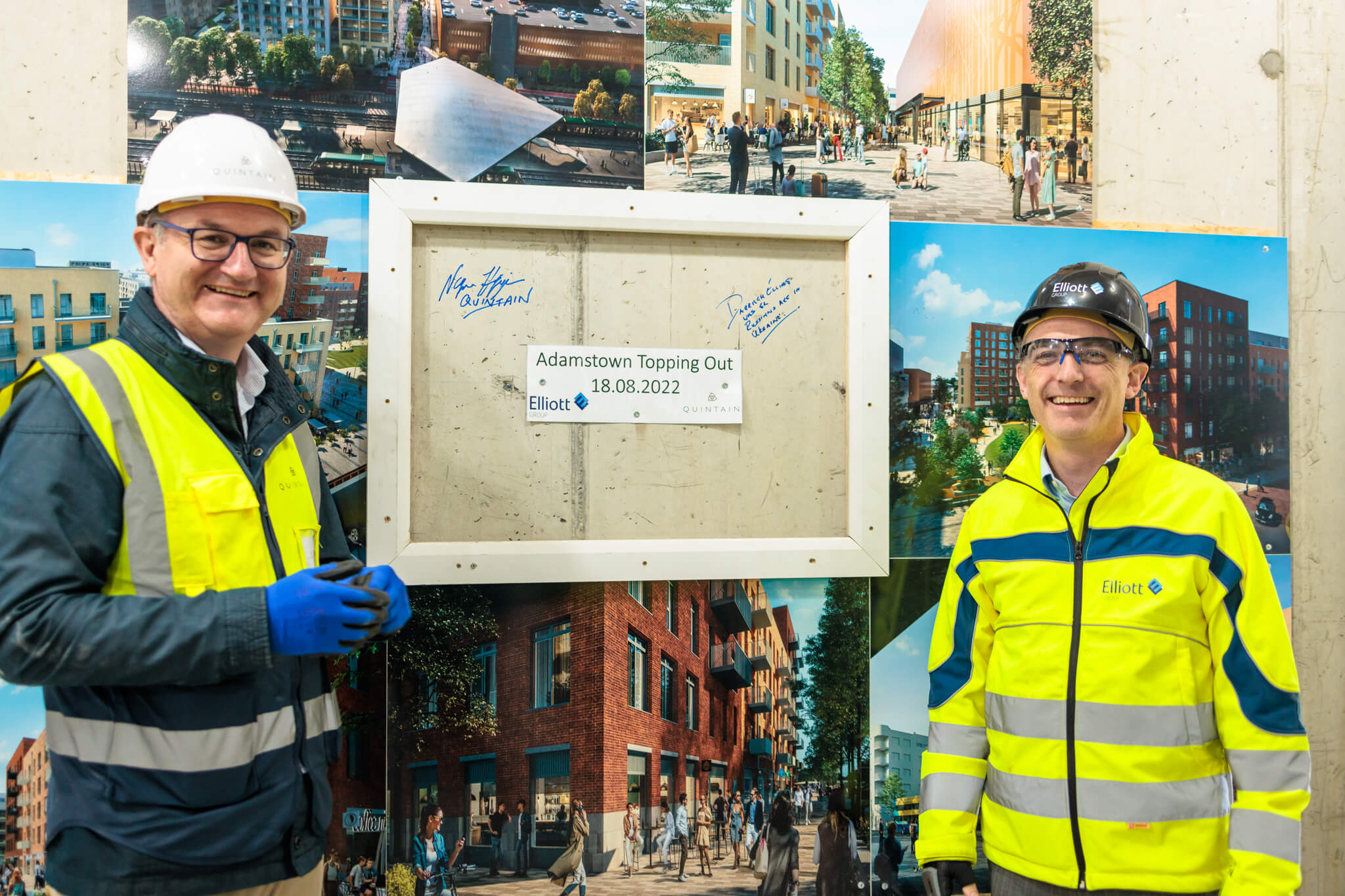 Topping Out at The Crossings

With the construction at Phase 1 of... 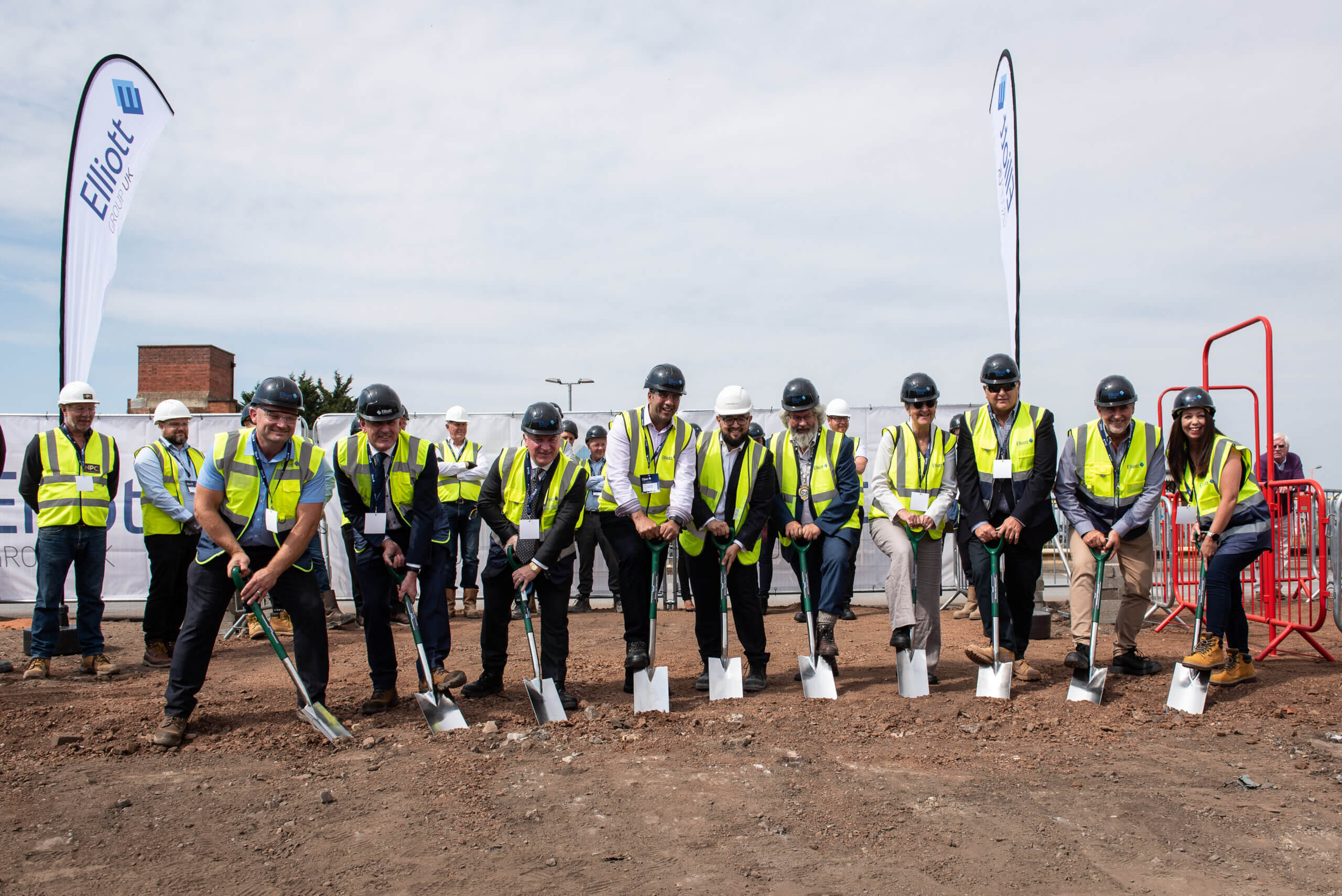 Breaking Ground on a beautiful day in... 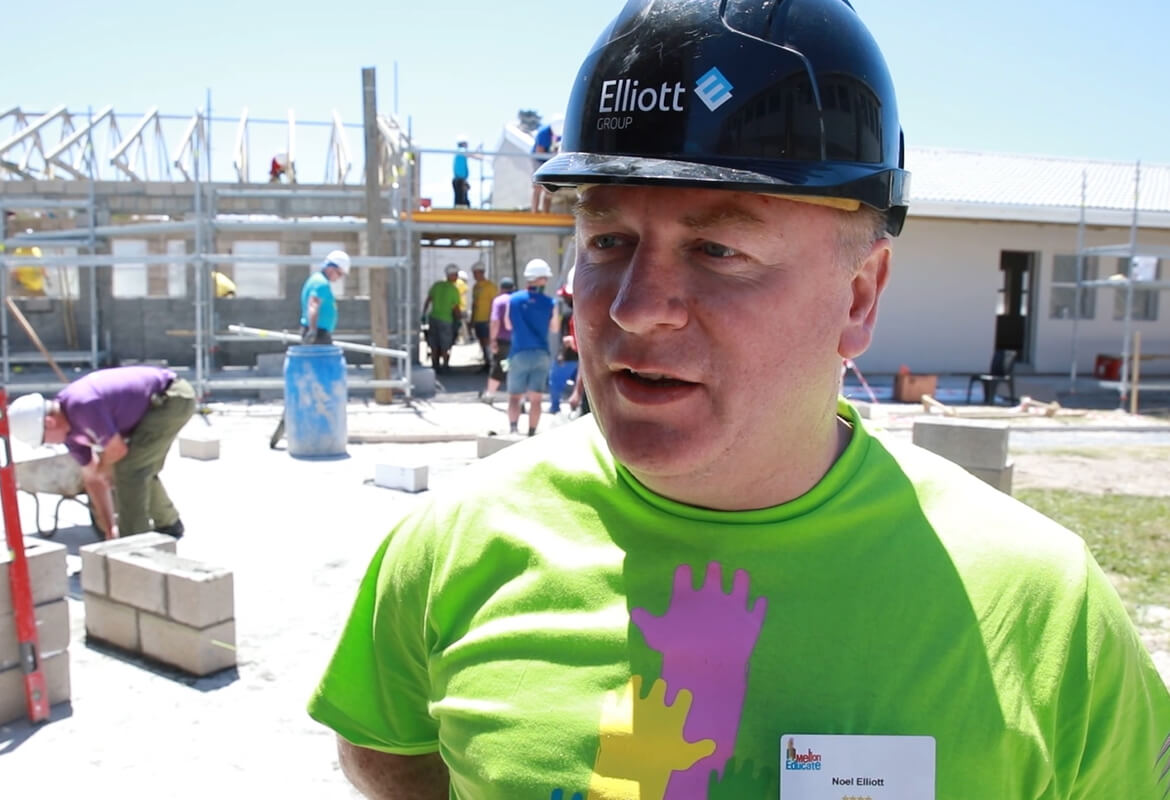 Read more
We use cookies on our website to give you the most relevant experience by remembering your preferences and repeat visits. By clicking “Accept”, you consent to the use of ALL the cookies. However you may visit Cookie Settings to provide a controlled consent.
Cookie settingsACCEPT
Manage consent

This website uses cookies to improve your experience while you navigate through the website. Out of these cookies, the cookies that are categorized as necessary are stored on your browser as they are essential for the working of basic functionalities of the website. We also use third-party cookies that help us analyze and understand how you use this website. These cookies will be stored in your browser only with your consent. You also have the option to opt-out of these cookies. But opting out of some of these cookies may have an effect on your browsing experience.
Necessary Always Enabled
Necessary cookies are absolutely essential for the website to function properly. These cookies ensure basic functionalities and security features of the website, anonymously.
Functional
Functional cookies help to perform certain functionalities like sharing the content of the website on social media platforms, collect feedbacks, and other third-party features.
Performance
Performance cookies are used to understand and analyze the key performance indexes of the website which helps in delivering a better user experience for the visitors.
Analytics
Analytical cookies are used to understand how visitors interact with the website. These cookies help provide information on metrics the number of visitors, bounce rate, traffic source, etc.
Advertisement
Advertisement cookies are used to provide visitors with relevant ads and marketing campaigns. These cookies track visitors across websites and collect information to provide customized ads.
Others
Other uncategorized cookies are those that are being analyzed and have not been classified into a category as yet.
Save & Accept
Powered by